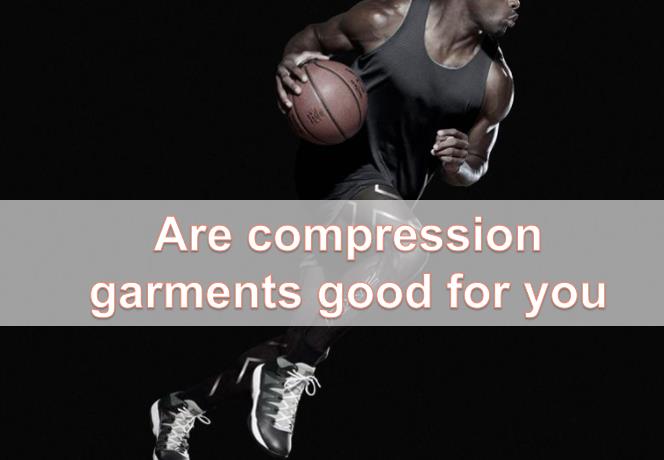 Are Compression Garments Good for You

A few years ago, many runners wore more than a short-sleeved T-shirt and sports shorts/pants that were “baggy.” Today, in marathon courses and so on, we can see runners’ gear becoming tighter and tighter. Are compression garments good for you？

The origin and evolution of tights and compression garments

In 1886, the term Leotard was first given to a close-fitting garment covering the upper body (including the crotch) but excluding the legs and arms. The costumes in ballet performances are the most typical representatives. 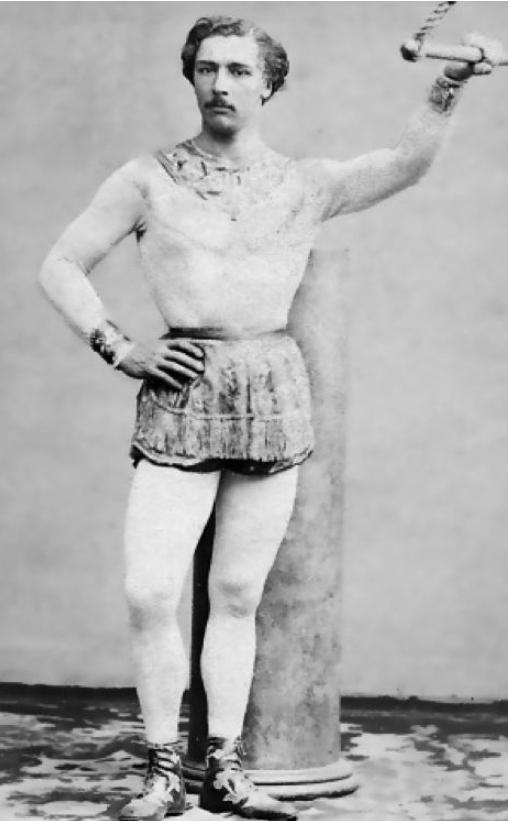 Leotard is a name given to Jules Leotard, a French acrobat who pioneered the trapeze act. Debuting on November 12, 1859, Leotard designed a suit for himself that was easy to move and showed off his muscles. This was the beginning of the tights.

In the decades that followed, tights quickly became standard in circuses and acrobats because they revealed the figure and were easy to move around, and even professional dancers such as Broadway showgirls began experimenting with them. The significance of tights at that time was more as the existence of performance clothes, for better viewing. 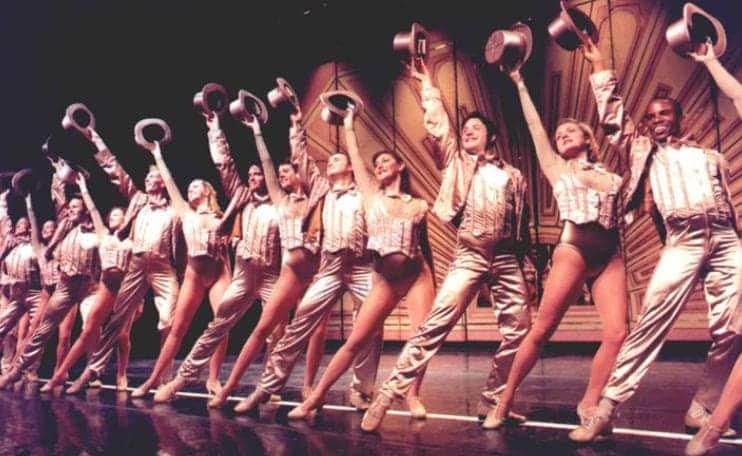 However, this changed until the emergence and application of elastic fabrics such as spandex. Since then, tights have become more functional than ornamental. 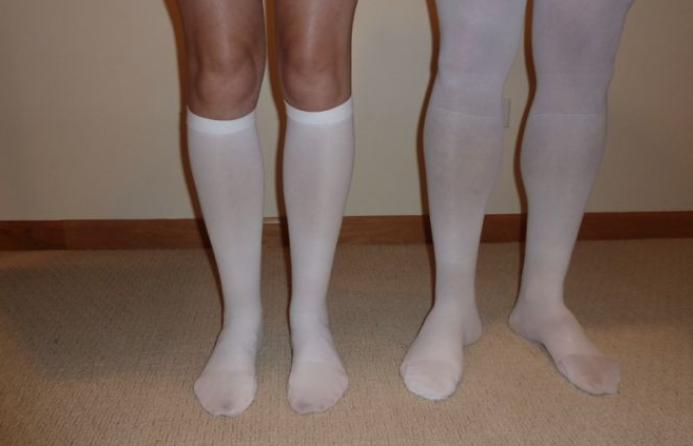 Compression socks are specially designed to relieve and prevent venous diseases such as edema, phlebitis and prevention of thrombosis, economy class syndrome, etc. The principle is simply to reduce the diameter of dilated blood vessels, increasing the speed of venous blood flow.

The addition of equipment to sports has been obvious, such as the introduction of sharkskin swimsuits in 2000, which pushed world records up a notch over the next decade. It was so powerful that it was banned by FINa in 2010. 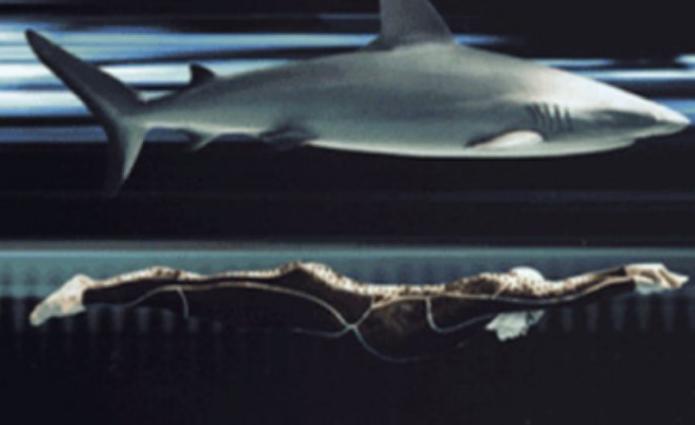 What is the difference between tights and compression garments？

Compression clothing are higher in spandex content, the upper body will feel more close-fitting than ordinary tights, air permeability and sweat performance is much better, tight elastic material for abdomen, provide better support for back and arm muscles.

The compression suit will add different fabrics and use special weaving and cutting techniques to achieve the effect of gradient compression, reduce the fatigue generated during exercise, and accelerate the recovery of muscles after exercise and reduce the feeling of soreness.

Better muscle packing while maintaining elasticity and stretch while wearing compression garments. Wear clothes during exercise to reduce the risk of injury while improving athletic performance.

So how do these cool looking tight (or compressed) pants affect running?

Are compression garments good for you？

Many people’s first impression of compression pants is that they are “very tight and difficult to wear” because of their high spandex content. It compresses and supports muscles, and helps hold muscles and joints in place during exercise.

In the process of running, fat jitter caused by large movement range can easily lead to body tissue and joint damage, which may lead to knee and other joint injuries in a long time. Compression gear, however, can reduce shaking during running.

On the other hand, it can help relieve fatigue.

Think of your leg muscles as a football team with the sole goal of scoring goals. If some members of the team are running aimlessly on the floor, it’s not easy to achieve that goal.

By keeping your muscles focused on the “task at hand” — running — they will make you run more efficiently, longer and for longer.

We all know that we need to heat up the car before driving in winter to keep the engine running properly, and a cold engine can easily stall. In the same way, we usually warm up before running and try to avoid hypothermia throughout the run.

Compression pants can help keep your legs warm during runs and can be used in the winter with a pair of pants.

Because of the fabric used, compressed clothes generally have good perspiration and with quick drying characteristics, which can quickly export and evaporate the sweat on the skin surface. By accelerating the process of sweating, to achieve the effect of cooling and cooling, can keep the skin in a relatively dry state.

In addition, compressed clothing also helps maintain optimal muscle temperature thanks to its quick drying properties. During exercise, performance declines due to temperature rise. The body’s main way of cooling itself is through evaporation of sweat on the surface of the skin, and compression is a better way to continue this process to control temperature.

To speed up the recovery

The pants use gradient compression, which means the farther away you are from your heart, the stronger the compression, thus, achieving speeding up blood circulation and delivering oxygen to your working muscles.

Better blood circulation helps increase performance during exercise on the one hand and helps remove some of the muscle metabolites (pH, H +, lactic acid and K+) associated with reduced performance on the other.

It may be a little harder to understand. Think of your legs as tubes of toothpaste. The compression pants act as a squeeze on the tube. The extra squeeze forces the blood, lactic acid and so on in your legs to move faster.

If you still feel sore after running, you can still wear compression pants at rest time to speed up the recovery. 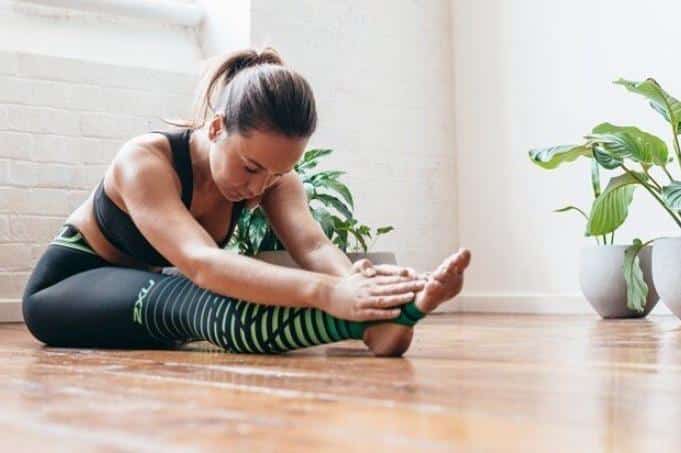 Provides some protection to the skin

In addition, long compression pants can help reduce bruising if you accidentally fall while running. 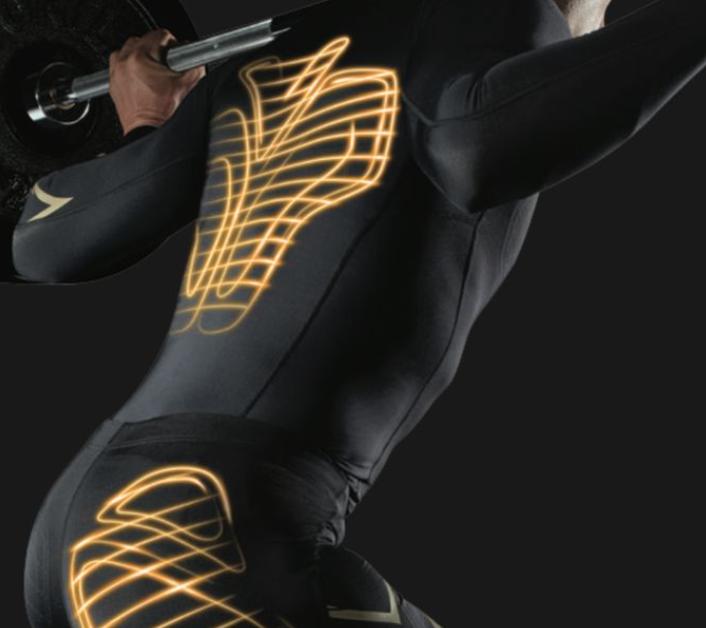 Compression leggings usually contain more spandex. On the one hand, it brings good elasticity and can fit the body well. On the other hand, it has good perspiration absorption and drainage performance, reducing the influence of sweat on clothes/pants.

Because its cut is more fit and friction is less. Especially in the squat and other movements of the larger motion compression underwear will not become your obstacle, on the contrary, can also give a certain support effect.

Should I wear underwear with compression pants?

For this problem, I believe a lot of people have doubts, here we give the advice is – do not wear.

Let’s explain it a little bit from the function of compression pants:

But compression pants need close contact with the skin to work well. If you wear longer& thicker boxers underneath, compression and support will be compromised.

Similarly, compression pants are worn after exercise, because local blood circulation is accelerated, muscles can eliminate metabolic waste faster, and accelerate recovery, at this time should also not wear underwear to achieve the best effect.

Compression pants generally have the performance of good sweat and quick drying. The fiber of the fabric can quickly export the sweat on the skin surface and allow the sweat to evaporate quickly, preventing the sweat from gathering on the skin and compression pants. Therefore, the evaporation of sweat can achieve better heat dissipation effect and regulate body temperature.

If you wear underwear inside the compression pants, the human body will sweat a lot during strenuous exercise, and the underwear will absorb and store the sweat of the skin, seriously affecting the sweat and heat dissipation effect of the compression pants. But if the heat is not cool enough, the local body temperature will rise, the heat needs will be higher, the body will sweat more, leading to a vicious cycle. Damp underwear and warmer temperatures can also lead to an increased risk of vaginal bacteria.

In addition, a man’s balls need to be cooler than body temperature for the sake of the next generation, that’s why men should also try to avoid local overheating.

Compression pants are made of fabrics with a small coefficient of friction and are tailored for sports. Therefore, they are more comfortable during sports. Compared with underwear, they can reduce the friction with the skin and reduce the possibility of skin abrasion caused by prolonged exercise.

First, we can list a few factors that affect whether compression pants affect genital health:

Let’s expand on these three points.

Compression products in recent years by more people understand and identify, there are also a lot of compression brands. In the following expansion, we will only take 2XU brand compression pants as an example to illustrate.

Compression pants are mainly aimed at the stress muscle group in the thigh and calf.

The crotch position of the front piece is relatively normal and comfortable.

The front end is also designed with smooth stitching and an adjustable drawstring belt to make wearing more comfortable and less tight. 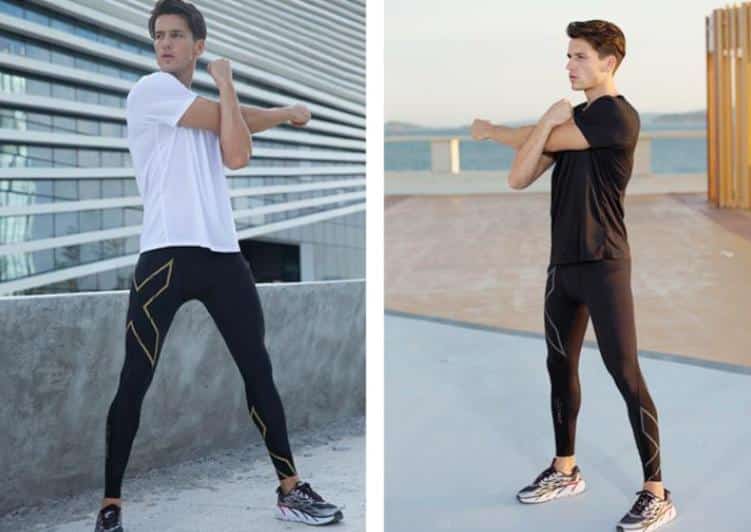 In the picture, we can also see that the model did not have ligature marks caused by too tight, and there was a comfortable space at the crotch.

In addition to the too tight wrapping, the permeability of the fabric also has a certain effect and influence on the temperature of the “balls”. Apparently, more air permeability is better for the balls.

The use of a fast-drying, breathable fabric, coupled with IR thermal resistance, reduces heat absorption and keeps the crotch comfortable without causing strain marks or compression. 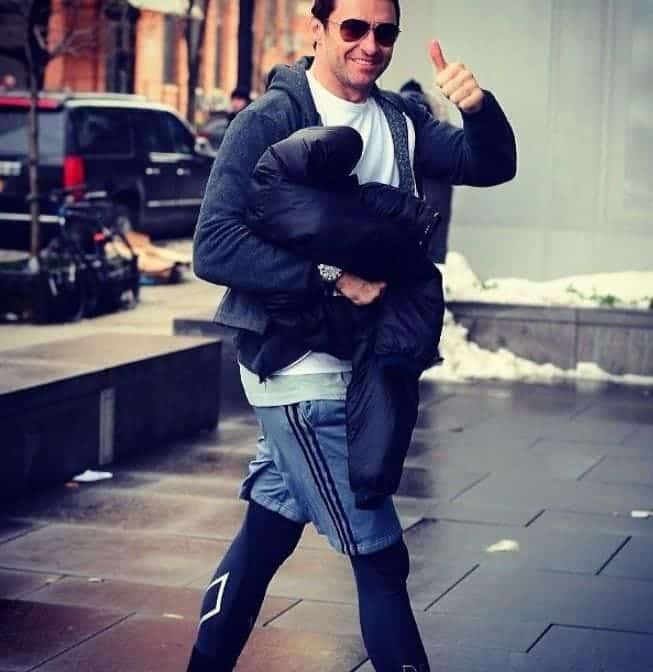 3.Get used to wearing them all year round
Finally, we come to perennial wear.
As men, we tend to wear compression pants or leggings for short periods of exercise, which means we don’t wear them for long periods of time like jeans and briefs.

If we take into account the daily training time and the clothes we wear during recovery, if we wear compression pants for training and recovery three times a week, each time for 2 hours, we will have 288 hours in a year, which is 12 days.

They add up to 14.5-17 days per year, which is not considered a regular wear.

So this, too, can be easily passed.