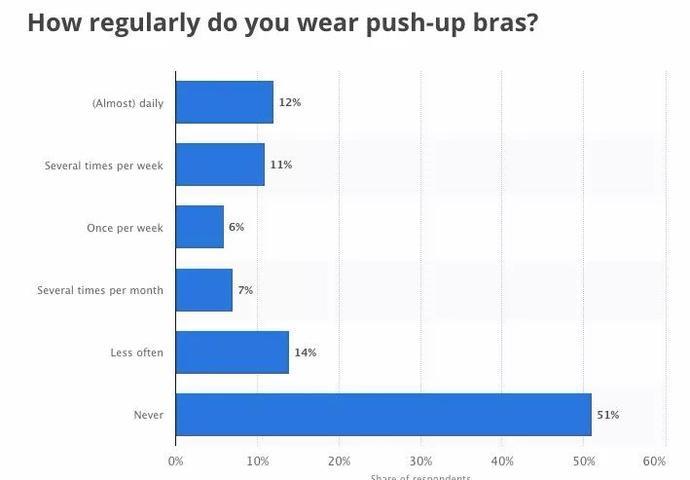 Misconceptions Women Have about Bras

For women, besides facial appearance, what can be paid close attention to by people most is a female soft and beautiful bosom line.

As Zoe unwraps her scarf, the crafty Underwood says she’s playing a “low game,” and added: “Low but effective.”

Before we talk about the misconception women have when wearing bras, let’s see how do lingerie companies dominate women, which accounts for a major part of why women have misconceptions about bras.

Since ancient times, women have worn underwear for two common reasons: cover and support. Except for visual beauty, underwear can also prevent chest injury due to excessive concussion. Below is a picture of a male marathon runner’s nipples that are torn and bleeding. 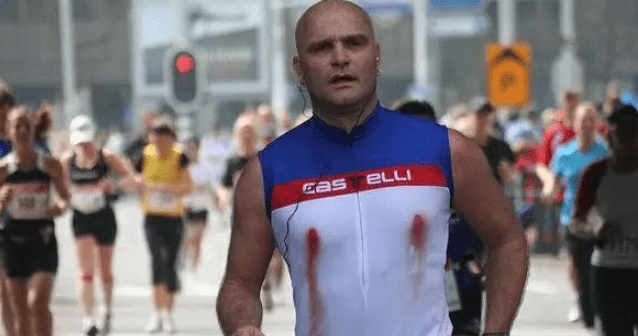 Glamour, a British women’s fashion weekly, summed up the evolution of lingerie in a video that shows the evolution of bras over the past 100 years. More attention has been paid to lingerie, which has led people to expect too much of it. But many of the common selling points are not scientific.

Below are misconceptions women have about bras:

This is a confusing concept. The auxiliary breast is congenital, mostly just fat. In embryonal life, six to eight mammary glands form in pairs from the armpit to near the waistcoat line. Before birth, only the chest pair normally develops into “breasts”, while the rest degenerates. If the development is abnormal, the mammary gland degeneration is not complete, will become an excess “Auxiliary breast”. See in armpit more, the incidence rate of 2%~6%. Some look like they’ve gained weight, while others have mini breasts with nipples, areola, and so on.

How to distinguish between flab and auxiliary breast?

It’s really simple. One is to do color ultrasound, the other is to see the daily reaction. The one can change along with menstruation, gestation, lactation, even ache is probably auxiliary breast. 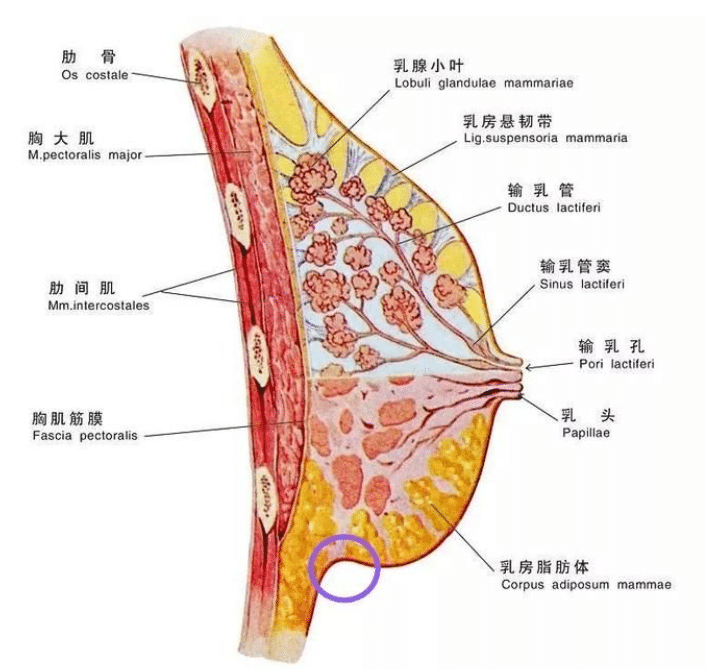 Sagging occurs when the level of the nipple is lower than the purple circle in picture. Breast sagging is mainly caused by loose skin and ligament tissue. Breast lumps, excessive weight loss, pregnancy, breastfeeding, menopause, breast prosthesis, etc., can produce this result.

Female bosom prolapse should be treated with surgery commonly, excise prolapse part organization, pull on local skin and ligament. Although holding the breasts up with a bra can relieve the pressure on the skin, it doesn’t do much.

3. Wearing bras can cause cancer

There is no evidence of a direct cause-and-effect link between bra wearing and breast cancer. Wearing underwear causes cancer is alarmist, but wearing the wrong underwear will affect breast health. The breast is a very sensitive area with many blood vessels, lymphatics, and nerves. Every item you can think of: size, color, print, underwire, deserves attention.

4. Not sure about the size.

Wearing the wrong size will not only fail to support your breasts but also add to the burden on your body. Improper wearing of corsets can lead to axillary lymphatic reflux and increase the incidence of breast diseases.

In addition, the shape of a woman’s breasts constantly changes due to hormonal changes. So the size may vary over the course of a month, depending on your menstrual cycle. This means we are likely to be wearing the ‘wrong bra’ at least a few days a month.

How to choose the right bra, things need to pay attention to: