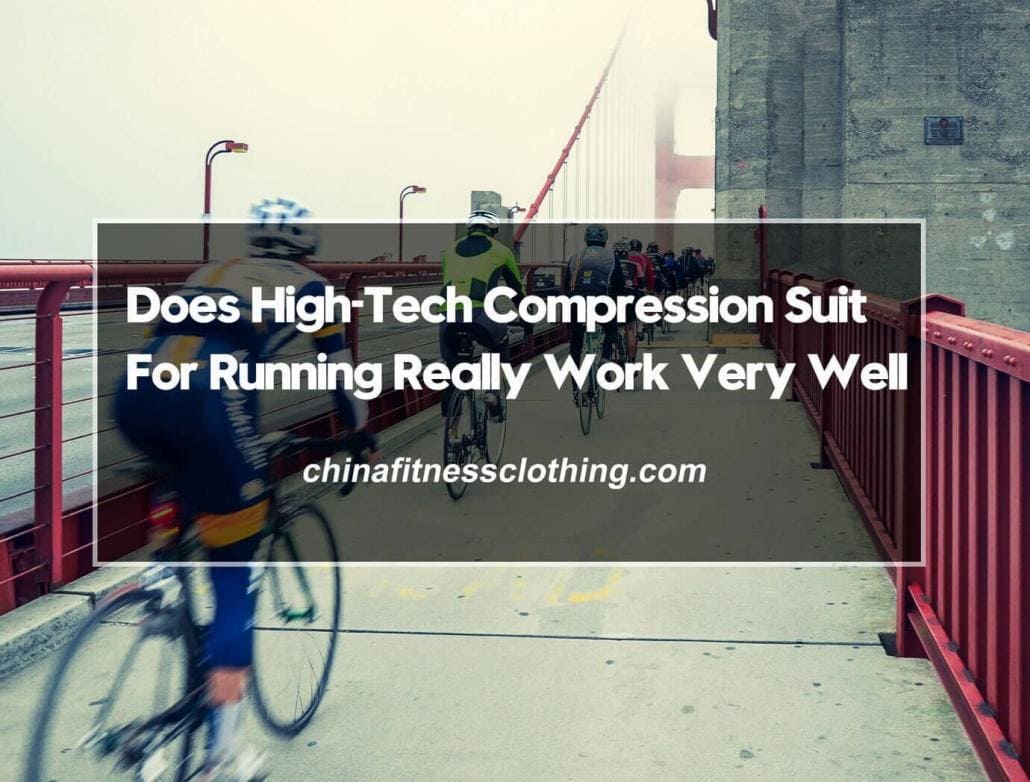 Compression suit is becoming more and more popular all over the world. “Faster Marathon results, better recovery after the race.” Innumerable runners, aiming at these two advantages, jump into the “big pit” of compressed gear without hesitation. So the question is, does a high-tech compression suit really work very well?

The early compression clothing was made of special materials and different knitting methods, which was an auxiliary means in medical treatment. In theory, the design principle of early compression products is to increase venous blood return, promote blood circulation and reduce muscle oscillation during exercise.

Compression: the function of compressibility is to improve muscle strength, relieve lactic acid accumulation and make exercise more lasting. If there is more upper body meat, it can play a fixed role to avoid the additional burden caused by ineffective vibration.

Support: I personally think this role is the most important. When long-term running causes fatigue, the running posture will become uncoordinated involuntarily. Compression suit can support the core muscles and back and keep the body upright at this time.

Close fitting: excellent fit, feeling of streaking ~ in cold and windy days, it can avoid direct impact of cold wind on skin surface, especially in winter.

Sweat-conducting: The sweat-conducting and air-permeability of the compression suit is very good. It can quickly discharge sweat in summer to avoid the accumulation of sweat on the body surface and cause discomfort. After the sweat is discharged in winter, it will be dried on the surface of the clothes, and the clothes also act as an isolation layer to prevent the sweat from taking away the body surface temperature when the sweat is dried by the cold wind. It can be said to be warm in winter and cool in summer~

Recovery: The compression suit represented by Skins has the function of assisting the rapid recovery of muscles after exercise, and you can even wear it to sleep.

Compression suit is not only worn when running, but it is recommended to wear when performing equipment exercises in the gym. The compression and recovery effects are more obvious.

“One thing is for sure that many runners now believe in the power of compression gear.” Ali, a doctor of sports science at Macy’s University in the United States, said that his main research direction is the performance of compression gear in various scenarios.

However, the process of compressing gear into the sports field is not smooth. “The effect of compression gear on relieving exercise fatigue was not obvious in the initial actual test. On average, only 2-3 people per 15 people could feel the difference in exercise performance.” Ali said.

In an experiment, 17 volunteers were asked to run twice for 30 minutes, one day in compression pants and the other day in sports pants. In the experiment, volunteers wear heart rate monitor and receive high-precision scanning of motion capture system. In addition, the treadmill is also equipped with a variety of detectors to measure the power of runners.

But there are also more optimistic test results. After comparing 21 male athletes, the results show that wearing compression gear can slightly increase the endurance of athletes’ continuous exercise, and the aerobic threshold and aerobic performance of athletes are also improved.

However, Ali noted that the biggest problem of these experiments was that there was no double-blind control or “placebo” group, so it was impossible to know whether the benefits came from the compression gear itself or the psychological effects of athletes. In addition, the VO2max, heart rate and other indicators of athletes wearing compression gear have no significant changes compared with those without compression gear.

“At present, most of the research on compression gear is carried out in the laboratory, and their performance in real games is more important for athletes.” Langer, a professor of exercise physiology at the University of Stellen in South Africa, recently launched a study outside the laboratory.

The problem is that there is also a lack of control group in the experimental data from real competitions. However, more and more studies show that compressed gear has certain effect on promoting post match recovery.

Chris solinkos, the former U.S. 10000 meter record holder and the first U.S. athlete to break the 27 minute mark of 10000 meters, is very interested in compressing gear.

“Wearing compression gear allows me to recover faster from training,” Chris said. “I’m used to using compression socks in competitions and high intensity training. They make me run faster!” Although it may be psychological, Chris doesn’t care what the researchers say, “just get used to it.”

“If athletes like to wear compression gear and really benefit from it, whether the benefits come from the gear itself or the psychological effect, there is no reason not to let them continue to enjoy the benefits of high-tech gear.” Dr. Ali concluded.