6 Brands of Disposable Underwear For Travel In China

During travel, the most troublesome thing about staying in a hotel is that there is no place to dry the washed underwear. Drying indoors in the shade is easy to breed bacteria, and carrying disposable underwear is the most convenient and sanitary way. Here, I introduce 6 Chinese brands of disposable underwear for travel (including men’s and women’s and children’s models), so that you can choose according to your needs if you have a travel plan.

In Hong Kong, Manning is the largest chain store of health and beauty products, with more stores and more sales than Watsons. It pays more attention to the market of daily necessities such as mother and baby, health care and so on. In terms of quality control and comfort of disposable underwear, Wanning is at the middle and upper level.

This disposable underwear is made of textile pure cotton, which has certain elasticity and air permeability. The overall comfort is very close to ordinary underwear, with good quality control and less chip falling and pilling. In terms of safety and health, it uses conventional sterilization and independent packaging, which can be purchased and used with confidence.

Compared with online store products, Manning disposable underwear(including both men’s style and women’s style) is more convenient to buy. It can be sold in offline stores and online flagship stores.

Its disposable underwear product line is more abundant than other brands, and it is one of the few brands that launches men’s disposable boxer briefs.

EMXEE focuses on anti-radiation products for pregnant women. It claims to be a well-known brand in the British pregnancy and infant industry. It is registered in the UK, but its main production and sales markets are in China. In a true sense, it is closer to the Chinese brand.

EMXEE’s disposable underwear meets the basic textile safety technical requirements (standard A). After EO sterilization, it can be used safely by women or patients with inflammation.

Although the size is designed for pregnant women, the overall size is small, and the smallest size is also suitable for women of ordinary body.

BRIARS is a brand owned by Sichuan Eupon Enterprise, which focuses on disposable underwear, bed sheets, toilet pads and other outdoor disposable hygiene products. After the early accumulation of experience in manufacturing medical supplies, it took advantage of the trend to occupy the disposable sanitary products market.

PurCotton’s parent company is Wenjian Medical Group, which mainly produced medical disposable products in the early stage, and is a benchmark enterprise in China’s medical dressing products. PurCotton’s disposable underwear product line is not rich, and the style is the same as ordinary disposable underwear, but there are many sizes available for men and women.

It is worth noting that PurCotton’s disposable underwear materials are all made of pure cotton. However, because it uses spunlace non-woven technology, the fabric is harder and the fit is not as good as woven cotton. But compared to other “paper underwear”, it is still more comfortable.

What’s more commendable is that it adopts medical-grade sterilization technology. It is individually packaged and can be worn at ease.

This children’s disposable underwear is thoughtfully designed and uses reverse stitching. The sutures are outside and do not directly scrape the skin. It is very friendly to children’s delicate skin. 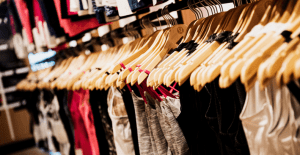 What is the Difference Between Luon and Luxtreme 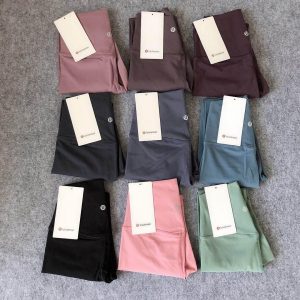 What are the Different Lululemon Fabrics 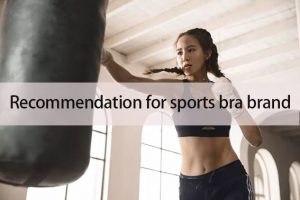 What is the Difference Between Sports Bras and Normal Bra

Why is LuLulemon So Popular

The Benefits of Seamless Sportswear